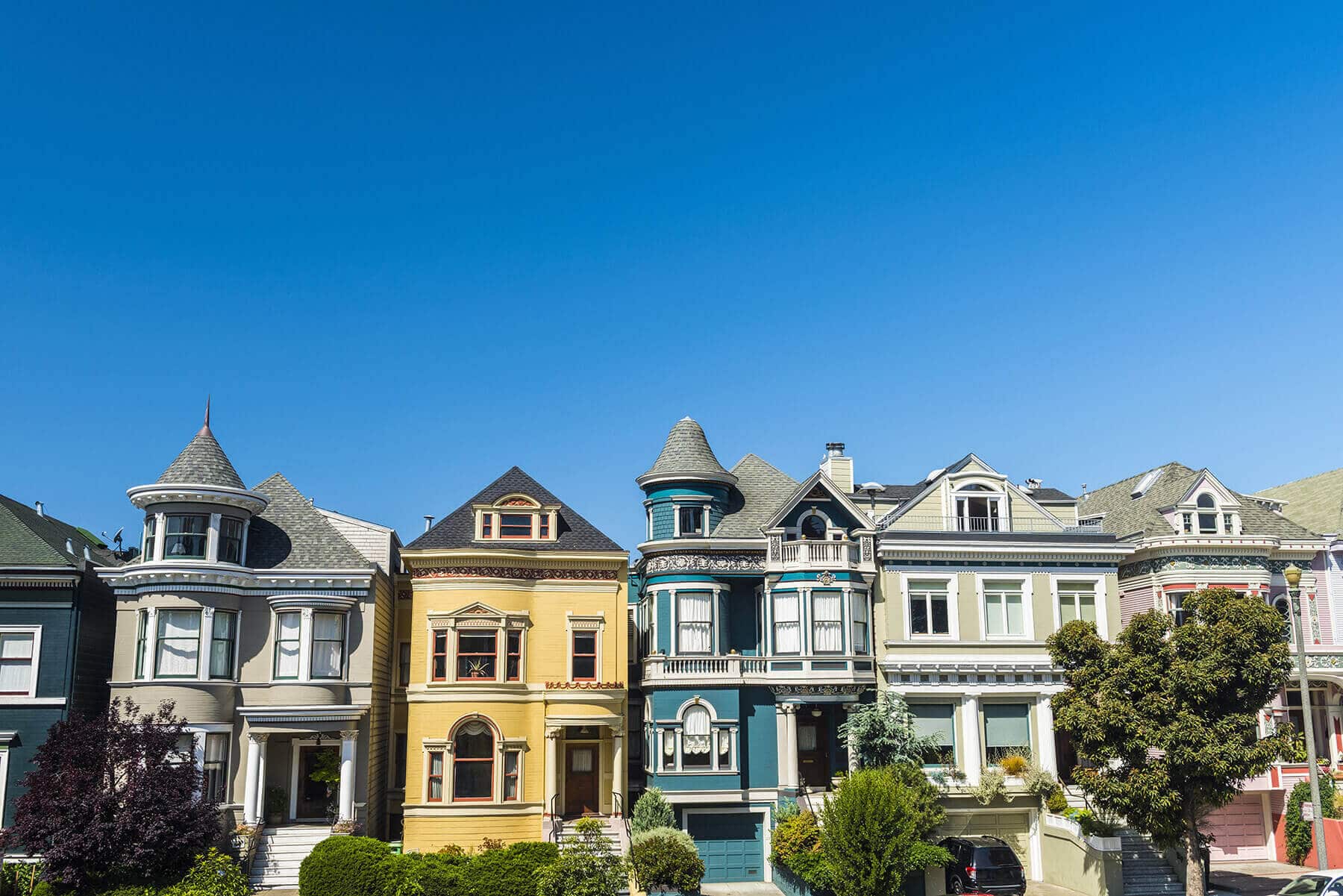 The city by the bay has long boasted some of the most impressive – and panic-inducing – housing prices in the country. It’s not for nothing that in 2019, San Francisco-based renting company Zumper rated the city’s housing prices as the highest in the world for the second year in a row. But while many might be scared off by these prospects, it’s also worth noting that the city has seen its fair share of housing shakeups in the past year, and trends are making the market a little more palatable once more for buyers and renters alike.

As the pandemic nears its anniversary of arrival in the US, many in the Bay Area are moving out and further into the suburbs. Houses are sitting on the market for far longer than they used to, and this makes prospects of buying a home in San Francisco better than average. In 2019, the median price for a home in the area shrank for the first time in seven years as the market inventory expanded, forcing realtors to drop prices in a competitive bid. According to CNBC, the median price of a home in the area fell from $875,000 to $830,000, and while those are still numbers that might make you squirm, they indicate a positive trend for buyers. However, condos in the city will still fetch a higher price, the median price point landing at $1.22 million, though again, this number indicates a decrease by over 12% since last October. And single-family homes reflect a similar downward trend, though their median cost sits at over $1.6 million. Alongside high prices come somewhat high rewards. On average, a physician in San Francisco nets over $175,000 in base pay, with an average of $16,000 additional pay, which comes in at 22% higher than the national average. While this may not offset the ballooning realty prices, it certainly helps.

San Francisco may have some of the world’s most expensive real estate, but there are still ways to be smart when buying or renting in the area. Experts agree that the pandemic has shifted thousands out of the city and into the suburbs, perhaps making the city ripe for real estate opportunities, though you’ll still be spending a good chunk of change on any property in the area. Here are some of the best places to consider buying in the city:

Places just south of Golden Gate Park are seeing a bit of a renaissance. Typically eschewed in favor of glitzier neighborhoods to the north and east, areas like Park Hill, Sunset, Golden Gate Heights, and Inner Sunset all boast lower-than-average housing prices. Situated near the world-class UCSF Medical Center, all of these neighborhoods have some of the best public schools in the area and are located next to any number of public transportation stops. According to recent estimates, at $800 per square foot, Golden Gate Heights specifically is some of the best priced realty in the entire area, and is only a stone’s throw away from ocean views.

The neighborhood is centrally located between many of San Francisco’s most popular attractions, including Golden Gate Park, which is home to the California Academy of Sciences, the Conservatory of Flowers, and the de Young Museum. The neighborhood itself boasts great parks and the famed 16 Avenue Tiled Steps, all situated in a quiet, lush California backdrop.

Bernal Heights is located just south of the trendy Mission district and has long been heralded as one of the best neighborhoods in San Francisco for those looking to raise a family. With low crime rates, quiet neighborhoods, and impeccable schools, Bernal Heights may just be the place for you. While it has become more popular in recent years, driving prices up, the median cost of a home is still $866,665, making it well below average in comparison to much of the rest of the city. In addition, Bernal Heights is a short fifteen minute jaunt from California Pacific Medical Center, one of the region’s top hospitals.

The Parkside neighborhood, situated right on the Pacific coast, is another safe bet for those looking for a quieter vibe. With a median price of $854,611, Parkside is another reliably stable part of the city to buy. A stone’s throw from attractions like the San Francisco zoo and Ocean Beach, the area is still outside of all the bustle of the city itself. The area is rich in diversity and not far from UCSF Medical Center.

Not for the Spendthrifts

Of course, if you’re looking for style and trend, look no further than the eastern neighborhoods of San Francisco. The Mission, the Tenderloin, and Lower Haight all contain some of the hottest restaurants, shops, and bars that the Bay Area has to offer. Beware, however, that all three neighborhoods contain some of the hottest (and most expensive) real estate in the city. Don’t be shocked to find small spaces for over $1 million. But for many, the price is well worth being situated in the heart of what San Francisco is all about – diversity, funky food, and eccentricity.

For all the same attractions, but a little lower price point, consider buying in SoMa (the area south of Market Street). SoMa also has some pricey homes, but buyers can still expect to find hidden gems that are pretty much impossible in adjacent neighborhoods. And the good news is that there will be a wider inventory of homes to pick from due to a transformation that could bring over 8,000 new housing units.

To Rent or Not to Rent?

The neighborhoods above are all great if you’re looking to buy. But a sizable percentage of the population of San Francisco currently rents their home. And while it’s not uncommon to find rents that are eye-poppingly high, it’s also possible to find reasonable prices if you look in the right places. One other positive effect of the rapidly suburbanizing tech workforce is that rents have gone down. The average price of a 1-bedroom apartment went down 9% from $3,700 to $3,360 a month this year. While this is still steep, it is surely an improvement, coupled with unprecedented incentives being offered across the metropolitan area, including multiple weeks of rent-free living. As people move further south to San Jose, Silicon Valley, or to East Bay, such as to Oakland or Berkeley, prices may continue to shift in renters’ favor in San Francisco proper. Typically heralded as the slightly cheaper cousins of San Francisco, the East Bay and the San Jose area are quickly becoming more and more expensive. This is all the more reason to look for good deals inside San Francisco rather than outside.

All in All… still a Pretty Penny

In the end, no matter where you go in San Francisco, housing will be expensive. This is a reality of living in one of the most coveted cities on the planet. From quaint beaches to gorgeous cliffside views, San Francisco is a natural wonder. Its people are diverse, accepting, and the city is filled with personality, making it one of the top destinations for people of all demographics looking to move. As you contemplate a medical move to the Bay Area, consider that the overall trend has shifted the game in favor of buyers and renters looking in the city itself. Areas around Sunset and Golden Gate Heights are on the cheaper side and are quieter, family-friendly neighborhoods, but a little further from some of the bustle that people seek in San Francisco. Bernal Heights and Parkside may be a little more expensive, but still offer good, stable housing options. And of course, SoMa puts you right in the thick of it all, with perhaps a slightly more cost-effective housing option than its sister neighborhoods. San Francisco is certainly expensive, but it just might be worth your while.

Get Free Disability Insurance Quotes
Get Your Contract Reviewed