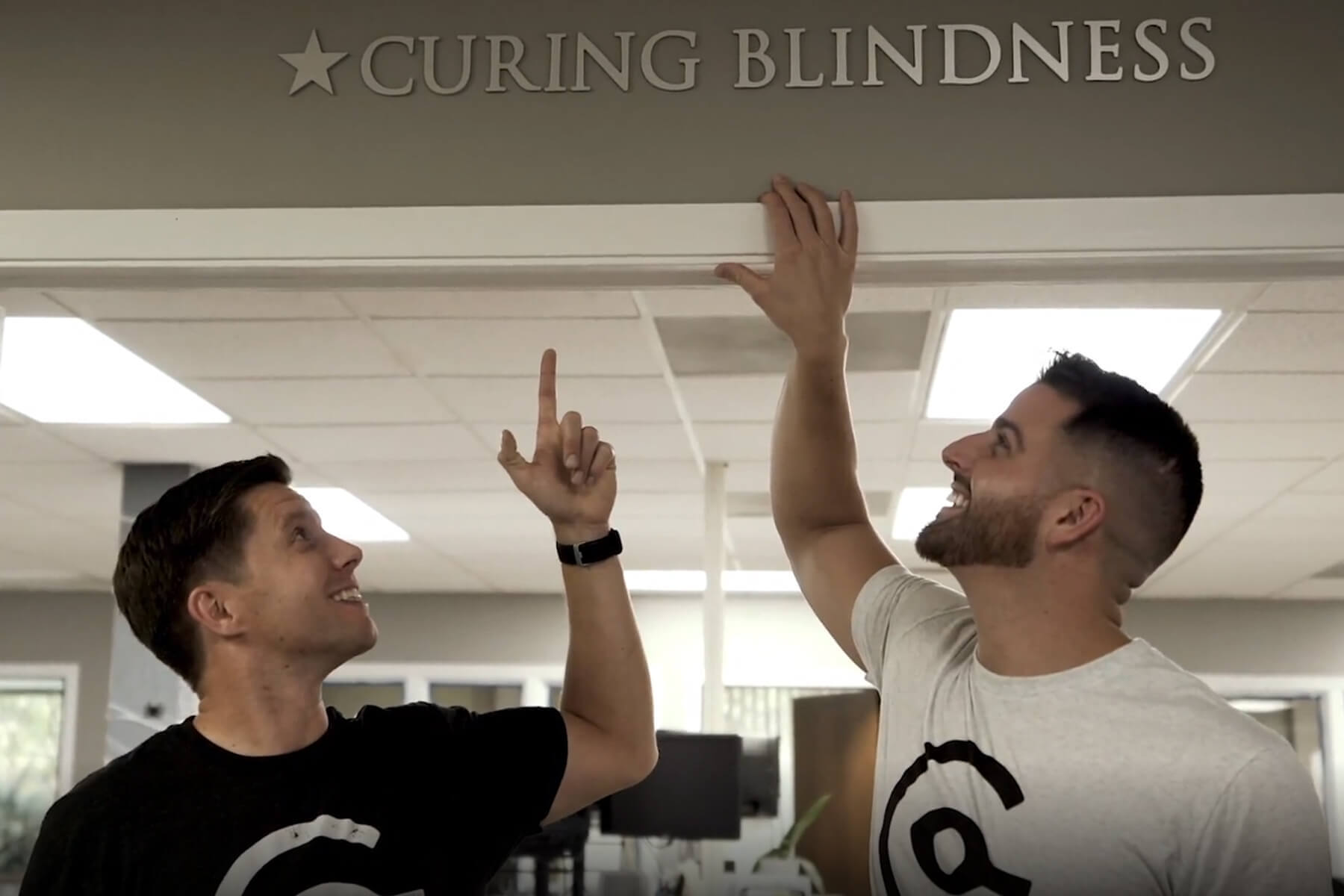 What started as a mission to help doctors plan for their financial futures as they launch their careers after years of school, residency and as a result, high debt, Physicians Thrive has expanded its mission to help the over 200 million people globally who don’t have access to eyecare.

While the consulting group helps physicians address burnout and the effects of the doctor shortage with its comprehensive financial planning and investment advisory services, they give back through the nonprofit Give Sight Global — as a byproduct of creating financial clarity for their clients, said Justin Nabity, founder and CEO of Physicians Thrive and co-founder of Give Sight Global.

Inspired by mission-driven Toms shoes and the Walgreens “Get a Shot Give a Shot” campaign, Nabity had an epiphany after he traveled with an ophthalmologist client to economically disadvantaged areas of the U.S. and Africa and realized the global need for access to eyecare.

“When he told us that 80 percent of [blindness] is avoidable, that many people could see if funding and care was provided, it was like a light bulb went off,” he said. “We’re helping people gain sight financially because they have a level of financial blindness, so we can do something like Toms and Walgreens … we can take our business and every client we serve — we can give the gift of sight to somebody who can’t see.”

In October 2018, the company launched its Give Sight app created by local developer Appsky. The app raises $1 for every 120 calories burned. Raising $25 restores sight to an individual. Nabity is working to get major corporations involved to incorporate the app and social cause into wellness programs, promoting the benefits of employee health, engagement, productivity and culture while raising money. He hopes the campaign will create a ripple effect and encourage people to fully invest in their own causes.

With a lofty goal of restoring sight to one million people over 10 years, Physicians Founder and CEO Justin Nabity … Helping physicians gain financial confidence while raising money to restore sight to people in the U.S. and around the world.Thrive has equally big company growth goals to have the resources to fund 10 percent of that number.

“Our Northern star is curing blindness,” he said. “Our goals are huge … but being able to restore sight to a million people is a byproduct of what we’re doing.”

The goal is to grow the company 20 percent every year for five years, which means also growing the number of employees from 12 to over 100, potentially with additional offices in other cities. The firm is licensed in every state and has both advisers and attorneys who consult with clients in all 50 states. With over 5,000 clients across the U.S., the company plans to add 300 to 500 clients per year. A concentrated number of clients reside in California, New York, Florida and Texas.

“We’ll expand into other places as [our] culture can be recreated,” he said, noting that Traction/EOS business tools have helped boost company culture. He is also a member of the Entrepreneurs’ Organization (EO).
When Nabity formed the company in 2009, he had personally witnessed the problem of doctors needing financial planning help.

“I married into a family of doctors and have about 15 doctors in our families across the whole team,” he said. “We saw that there’s a perpetual problem of a lack of education on the business side, on the financial side — on all things that are non-medical.”

Nabity said that when doctors start their careers after years of undergraduate, graduate school, residency and specialty training, they can be in debt at an average of $191,000. Factor in lost wages from being a student over a long time-span and low residency pay, and physicians can be trailing financially upwards of $1 million.

“Contrary to what most people think, that physicians have it all together and they have an easy life because they have a high income — no,” Nabity said. “It’s the exact opposite of what most people think. They need help.”
Physician employment contracts can also cause major issues. “The missing pieces in a contract actually cause the most trouble,” he said. “That was one of the core things we saw at the beginning — we had family members that got burned by contracts.”

The structure of the health care industry is pushing physicians toward an employee model rather than being an independent, he said.

“More and more is being expected of them and they are getting less and less,” he said, adding that in the health care industry administration growth has outpaced physician growth.

Another challenge is dealing with physician burnout — stress, depression and suicide. Financial issues can impact every aspect of a person’s life.

“We are financial planners, we’re investment advisers, but we’re finding that more and more what we need to be doing in helping our clients out is addressing burnout,” he said. “We’re having to be very careful and delicate as we plan and we help them to process through and think through — how do we create ways for them to reach and move forward to their financial goals, taking into account all this other personal stuff, because you can’t separate the two from each other. They’re integrated.”

When Nabity first started the company, he presented at the University of Nebraska Medical Center and the University of South Dakota’s Sanford Medical School. Now, he and his team travel around the country for at least 30 to 50 speaking engagements per year. In a peak year, they had 70 speaking engagements. Nabity has lectured multiple times at over 100 universities including Johns Hopkins, the Mayo Clinic and Stanford. He has received Top of the Table Achievement by the Million Dollar Roundtable, among other industry awards and certifications. Last year he was asked to speak at the Million Dollar Round Table conference about how to transform a traditional marketing plan into creating a movement.

“That’s what Give Sight Global is,” he said. “We’re talking about changing the world right now and we’re actually doing it … eventually we see this evolve into something where we’re going to be able to impact people in every country on the planet.

Work with advisors that know physicians.
Get Disability Insurance

Get Financial Planning
Get Your Contract Reviewed